i’m back in Budapest, teaching in the DocNomad program, a grad program where students spend the year going from Lisbon to Budapest to Brussels making docs along the way. It’s a great program.  And here are some impressions from the city where Orban’s rubber stampers just voted to close the Central European University, a great university too liberal, it seems, for Orban and his far right policies. 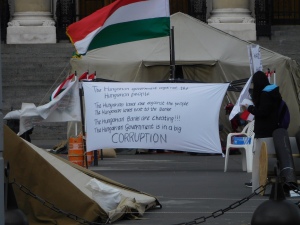 outside the Parliament Bldg where the right wing prevails 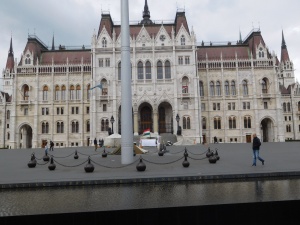 parliament with the protest. 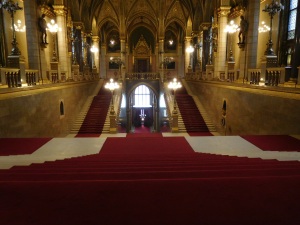 The Grand Stairway, and Red carpet but it’s not the Reds who rule but the modern day Arrow Crossers 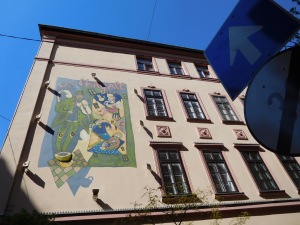 A mural inspired by Chagall outside a cafe named after him. There is still the charm to hide the lessons in darkness 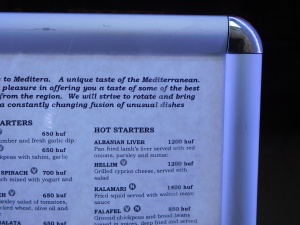 And the oddities: Albanian Liver? I didn’t get to try it. 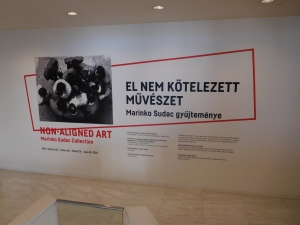 A provocative show of anti-totalitarian art from the Eastern bloc in the Soviet era. 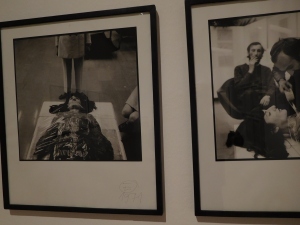 Marina Abramowic doing her thing: all wrapped up and ready to go 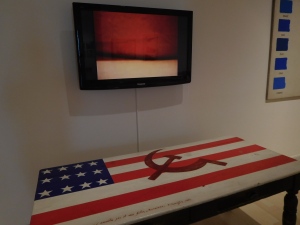 Another part of the show 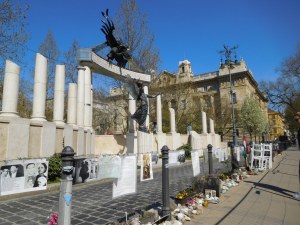 More protest. The large statue references Hungary’s occupation by Germany near the end of WW2 but the foreground items all denounce the soft pedaling of government collusion with the Nazis throughout the war, including, near the end, the Final Solution

1 thought on “Scenes from Budapest”