A friend is making an art project by shooting each flight of stairs in a five story building. There is a quiet, haunting quality to the work that struck me as quite impressive. It made me wonder if this casual, random shot I took of a new stairway railing to document its existence might qualify as art?

Does intention matter? Might something done for one reason fulfill another? Did Mr. Campbell think his soup cans would wind up in museums?

Heady questions and perhaps unanswerable, but there’s something worth pondering in all this.  Anyway, here’s the photo I took; what do you think? 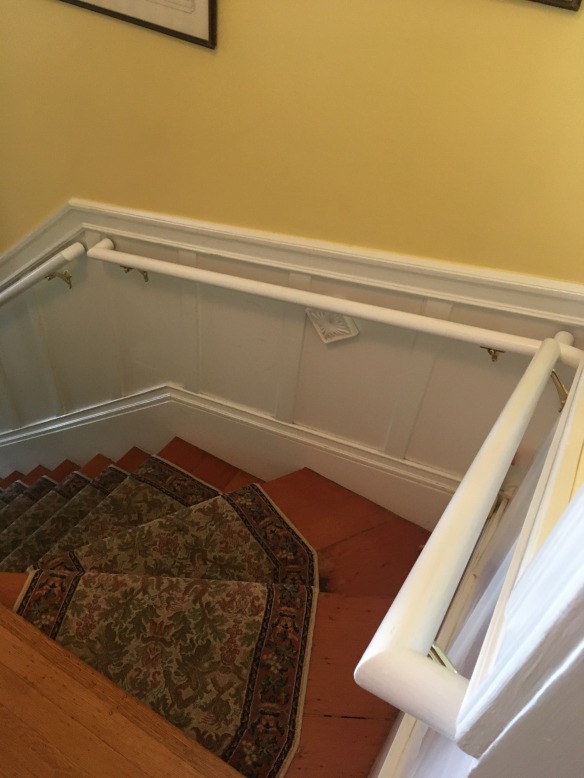 2 thoughts on “Document or Art?”