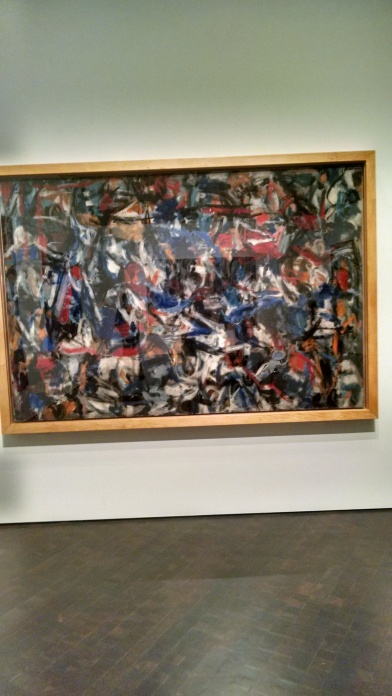 Grace Hartigan, The King Is Dead [Hartigan said The King is Picasso]

The Denver Art Museum hosts this show of over a dozen women artists, from San Francisco and New York, primarily.  Some are quite well known (Helen Frankenthaler, Lee Krasner), others less so (Perle Fine, Mary Abbott) but all are impressive. Each gets a space of her own. Each has 4-6 paintings judiciously selected.  The placards downplay, if they mention at all, their connections with male abstract expressionists, rightly so, since the work clearly stands on its own, and may, in fact, in cases such as Frankenthaler’s Color Field paintings, have influenced other women, and men, as much as Rothko or Still influenced the women.

Of course there is a publication with all the paintings and there is a quite good 15 minute film that has interviews with the women in the show or those who knew them. The candid photos the women in their studios and at play suggest that were  “out there”: smoking, partying, working hard and having clear, engaging thoughts about their work and the work of others.  Several state that San Francisco was a far less macho, discriminatory work for women than New York City. 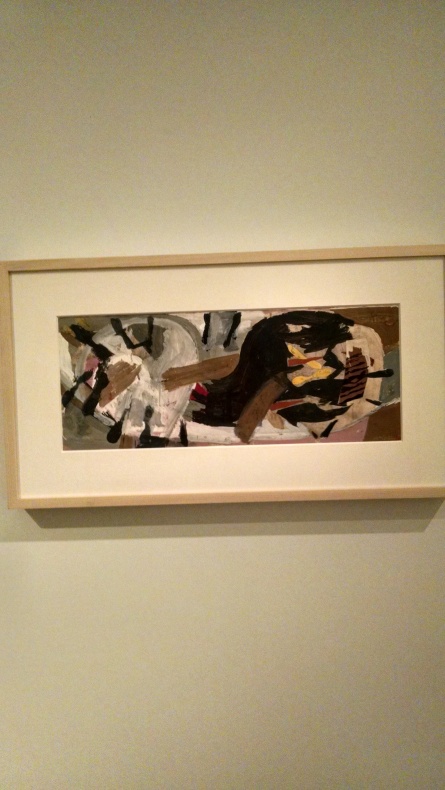 Perle Fine’s small abstraction. Most of the work in the show is quite large.

It may not be possible to “pop” over to Denver but if you find yourself here, it is a terrific show. And right next store, in the Clyfford Still Museum, is a room dedicated to work he made in San Francisco while a teach at the San Francisco Institute of Art where he served as a mentor for some of the women in the show, someone to learn from but hardly imitate as these women artists found voices of their own.

Driving to Bozeman for the Visible Evidence Conference, I came across this monument in Reno, NV.  Sad. Another war and another list of those who lost their lives. This was the fourth side of the memorial; the other three sides were already full of names. 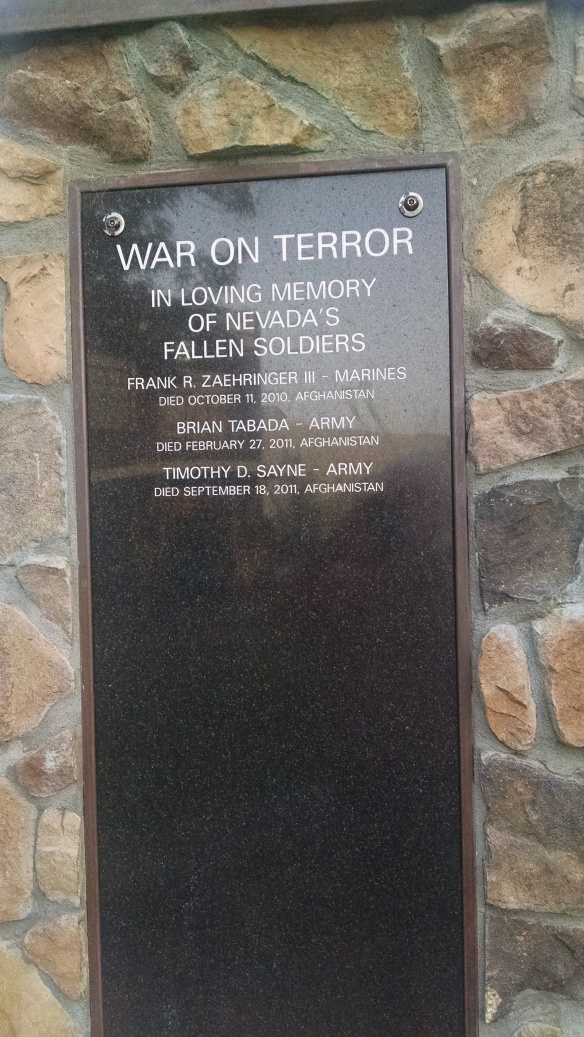